Interested in finding out what it is like to learn via an apprenticeship? Some of our previous and current apprentices share their experiences on working for James Walker whilst undertaking qualifications. 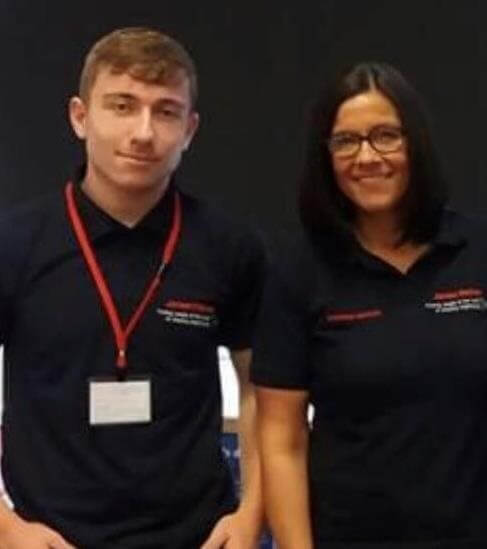 Qualifications gained before joining James Walker?
As I started my apprenticeship after leaving secondary school, my GCSE's were the highest qualifications I had. Having all C&'s and above in every subject meant that I was placed straight onto a Level 3 apprenticeship.

Why did you decide to apply for an apprenticeship within James Walker?
While I was still at school I was lucky enough to find myself on a work experience placement with James Walker in Cockermouth. I really enjoyed my time there - it was a very well organised program which helped me gain knowledge of almost every department on site. Also having seen my mam gain such a good and long career with the company meant that it really was a no brainer.

What did you have to do while studying for your apprenticeship?
The apprenticeship was very well structured for joining as a complete novice in my trade. The first half of the year was very hands-on, gaining the skills required to succeed in my trade to a very high standard. I spent time at college learning machining practices, and thanks to some great mentors within the company, I also learned a lot more by being in the work place with them too. The second half of my apprenticeship was more classroom based, gaining mechanical engineering knowledge and sitting exams to gain my qualifications.

What have you gained from completing an apprenticeship vs traditional employment into a role within the company?
Having a transferrable trade is obviously a very big gain, however for me it's the people I've met along the way from college peers to college tutors, and my work colleagues. I've met some great people with lots of knowledge that they want to hand out.

Have you done anything else alongside / following your apprenticeship?
Since completing my apprenticeship I have now started my HNC / Level 4 NVQ in mechanical engineering. It is a challenging qualification but will most certainly be worth the hard work.